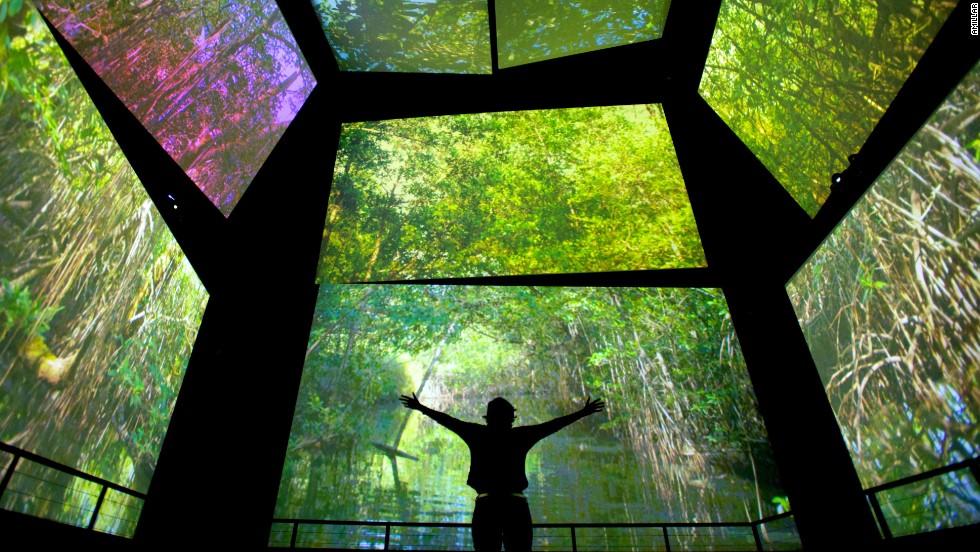 Working in Spanish with the curatorial team in Panama to design the tour for the new Smithsonian-affiliate BIODIVERSITY MUSEUM was a true pleasure.     Architecturally designed by Frank Gehry with Exhibition space by Bruce Mau – I was the last storyteller in, interpreting the space sonically in four languages. A project match for my personal politics, I got to interview the granddaddy of Biodiversity himself – E.O. Wilson! I may be an agnostic but designing the multi-media tour for the largest gothic cathedral in America – central to their social justice movement – rang my bell! Their art collection is a modern marvel and includes a stained glass window with a rock from the moon.  Martin Luther King delivered his last sermon here, and as I worked that archive was comforted by the fact that America’s first black president sat just across the hill. Returning to JASPER NATIONAL PARK in the CANADIAN ROCKIES was a trip down memory lane as I had made a film on it for Discovery Channel back in the 90’s. What’s changed is the state of world’s glaciers and even I could see how much it had receded.   The mountains can seem inaccessible, but helping people understand what this landscape could mean to them and their future is all in a day’s work. FLORIDA SOUTHERN COLLEGE has the largest single collection of Frank Lloyd Wright buildings in the world.   18 stunning feats of the imagination – it’s worth the trip to Florida!   Designing an architectural tour for the campus was really about bringing a genius to life.   I wanted people to know him by noticing what his eye loved and why.   This one is still in production.